and the façade of Santa Maria della Quercia 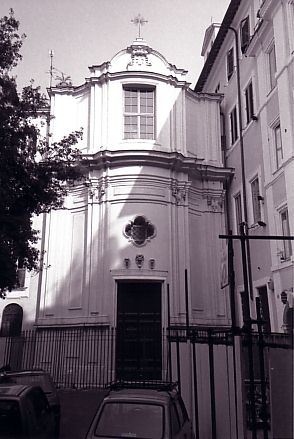 
The façade of Santa Maria della Quercia is characterized by a subtle interaction of convex and concave elements. The central axis of the façade is convex, while the lateral axes are concave. In the lower storey, which has a high socle, the architect has applied four slender pilasters with capitals inspired by the Corinthian order. The pilasters are pleated; the central ones more than the lateral ones. The middle axis has a quatrefoil window, which is reminiscent of Gothic architecture. The cornice between the two storeys projects strongly. In the upper storey the classical order is totally abolished. On both sides of the rectangular window there are vertical lesenes. The façade is crowned by an attic-resembling, partly semicircular, superstructure. 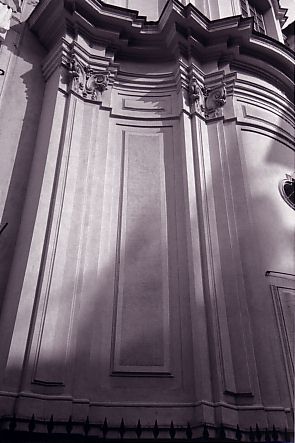 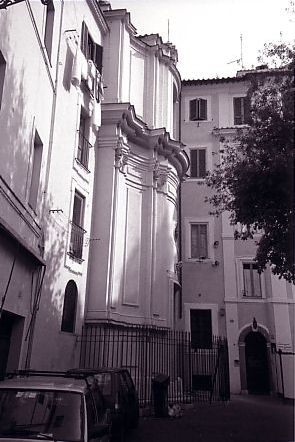 The façade of Santa Maria della Quercia is an evident example of rococo architecture, because the architect almost totally disregards the classical orders. He also puts much less emphasis on the structural elements, which gives the façade an atectonic impression. The architectural play between convex and concave forms gives the façade an organic continuity, as well as elegance and gracefulness.