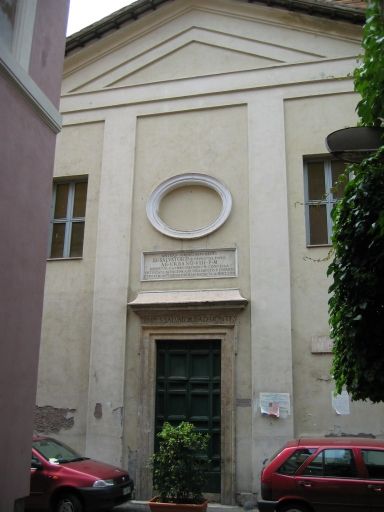 San Salvatore ai Monti is a small church hidden among the narrow alleys of the Suburra area; sometimes the church goes by name of San Salvatore de Suburra. The church, which is located along Via della Madonna dei Monti, not far from the well-known church of Madonna dei Monti, was built in the 12th century. During the Sack of Rome in 1527 it was completely destroyed by a fire, but the building was rebuilt in the second half of that century. In 1762 the small church was reconstructed "a fundamentis". At present the building is disused.